Just Between Us – Dolly Parton and the good life 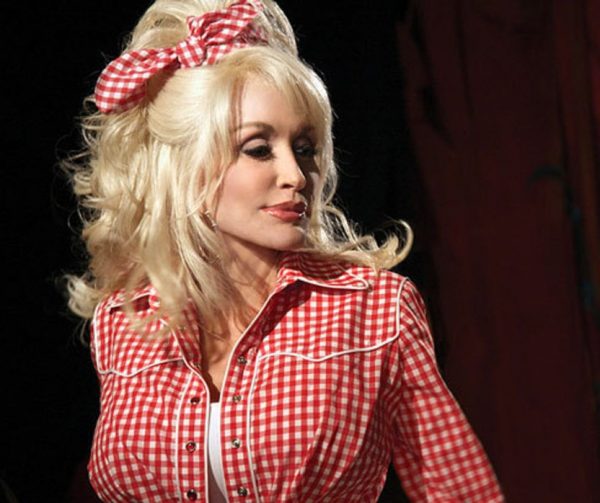 Dolly Parton Presentation for the VCS Symposium in May 2013

What I want to offer here is a cautionary tale to illustrate the hazards of expecting emotion to predictably determine action.

But first, much of my thesis research has taken me into the realm of what has been coined “affect theory.” Really, this designation means a lot of things, in a lot of different ways. Very generally it signals an interest in another realm of communication, that isn’t necessarily pre-linguistic or extra-linguistic, but aims to complicate concepts of how language functions, in some interesting ways.

I wanted to talk about one problematic tendency in particular when thinking about emotion (the analytically mediated experience of affect) in relation to motivation, or, how people make things happen in the world. As a field of research, some have tried to assign a prescriptive ability to affect. There are attempts to harness an emotion to change particular situations.

Now, I am going to show you a clip that illustrates one version of a prescriptive theory of feeling.

So, there is a lot going on in this video which is for Dolly Parton’s single titled “You Better Get to Livin’.” Dolly is performing a humble Guru in her “circus of human emotion.” What we’re seeing in this narrative is an amalgamation of a few familiar American myths, as well as some confused ideologies.

First, Dolly is throwing out the entirety of the woman’s movement in one fell swoop of her riding crop. But, she is performing this gesture in the guise of female empowerment. Even the most mild forms of liberal feminism are based, in large part, on the fact that American society is structured to exclude women from the same material gains that it affords men. Yet, Dolly is locating women’s problems in their attitudes and lack of will.

This is a strong “pull yourself up by your bootstraps” mindset. Interestingly, this song was released as a single from Dolly’s album Backwoods Barbie in August 2007, just before the “Great Recession” which started in December 2007 according to the U.S. National Bureau of Economic Research. This was a time when the economic impossibility of pulling oneself up became infinitely less possible, for just about everyone.

On Dolly’s website, she talks about the reasons she co-wrote the song with her band leader Kent Wells. She says:

“People react to whatever pressures they’re under at the time, according to their tolerance level and their mental attitude. Certainly with so much attention today on being skinny and beautiful, rich and famous, equal pay for equal work, getting ahead, raising kids, holding down a job, getting older, etc., well, I think this song says some things to let people know they’re not the only ones in that fix. And this song offers some advice for a way out.”

While Dolly’s explanation has an empathetic tone, the production of the video highlights Dolly’s superiority over her audience in just about every way. And, I think it’s fair to say that Dolly’s wealth and fame allow her more access to the things that she considers necessary for a full life. Dolly may have found a way out, but it is not a way that is readily available.

Most importantly for this talk, however, is the way Dolly prescribes a form of life-building that can be attained primarily with a positive attitude. Not to mention a bit of help from a little voice that, apparently, resides deep down in her amazing cleavage.

Now I want to focus less on the particulars of Dolly’s advice which she states a little later in the video that a new wardrobe, a diet, and a more positive outlook on life are all that is necessary to attain a better life, and shift attention to the structure of potential that she assigns to feeling one way or another.

I’ve been looking at a lot of literature that focuses alternately on “negative” emotions and how they circulate in public and political realms. At the heart of this critical research and writing is a hope that looking at what we call bad feelings will offer alternative modes of “political possibility.” For example, in the essay “Political Despair” author and activist, Deborah Gould analyzes the dissolution of ACT UP and the AIDS movement in the United States. She explains that burnout within the movement was in part assisted by a rejection of feeling despair in favor of outrage and anger. She locates a shift in the movement when anger was no longer possible for some in the face of widespread death and lack of progress toward a cure. She recounts, “In offering street activism as a response to despondency about the horrors of the AIDS crisis … ACT UP fashioned itself as an antidote to despair, a place to ‘turn your grief into anger’. Despair, then, was … outside of the movement’s emotional habitus” (Politics and the Emotions 103). Not only does this illustrate the contingency of feeling in a particular situation, it also shows how expecting or forcing (as Dolly would suggest) a certain feeling can shut down communication between parties who feel otherwise.

In the introduction to The Affect Theory Reader, editors Melissa Gregg and Gregory Seigworth adopt Roland Barthes “discourse of lateral choice” to locate a critical space that avoids a “positive”/“negative” dialectic between emotions. Citing a series of Barthes lectures collected in The Neutral they paraphrase Barthes as saying that, “What should follow as a critical practice…is a neutrally inflected, immanent pathos… that would be an ‘inventory of shimmers, of nuances, of states, of changes’ as they gather into ‘affectivity, sensibility, sentiment,’ and come to serve as ‘the passion for difference.’”

And this brings us back to Dolly and her willful ignorance of lives that differ from her own (which is pretty much every other life, ever) and how her advice may lead to instances of what theorist Lauren Berlant would call cruel optimism. Which is an instance when an object of optimism (in this case the belief that a good life can be attained with a positive or negative attitude) actually becomes an impediment to the attainment of that initial goal.

But, this isn’t only Dolly’s trap. It is closely intertwined in much of the optimism that a study of emotion and human action can lead to more effective politics.

So, I’m going to leave the last word here to Dolly. Since despite, or maybe because of all of these problems, this video makes me happy, and yeah, maybe it inspires me to try to live a little bit more, whatever that means.

This site uses Akismet to reduce spam. Learn how your comment data is processed.